History is fluid and changes with interpretation and the times that follow. So, something that was once dismissed or missed can be re-examined and pulled into the light in a way that perhaps it wasn’t before. Such was, is and may forever be the story of how Big Star and their debut #1 Record are considered.

It is one of the planets greatest rock ‘n’ roll records, and still almost no one beyond critics and hipsters has truly given it the time of day. Sure Rolling Stone has it in their 500 Greatest Records of All-Time, but that doesn’t really result in the kind of record sales and recognition that should be afforded this band.

Obviously, the information is out there, in different formats and many stories told; so I’m just going to point out a few in hopes that you see an opportunity to get yourself some great music.

First, if you have access to Netflix than you can catch the Big Star biography Nothing Can Hurt Me. It is a great examination into the history of Big Star, and also offers an awesome soundtrack of alternate takes from Big Star and their principle songwriters Chris Bell and Alex Chilton. 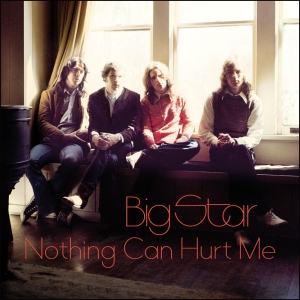 Next there is a new biography on Alex Chilton named A Man Called Destruction. It is pretty eye opening and well worth the read.

Finally, the one album I was here to tell you about on this day, #1 Record. While it would be easy for me to sit here heaping praise, it is easier to just point out its influence. Matthew Sweet, Teenage Fanclub, The Posies, Lemonheads, Wilco and much of the 90’s alt rock pantheon were influenced by #1 Record.

Some of the songs you may recognize from are:

“The Ballad of El Goodo” – Has been covered numerous times by acts such as Evan Dando, Mathew Sweet, Counting Crows, Zeus, Wellspring and Wilco.

“Thirteen” – Picked by Rolling Stone as one of the 500 Greatest Songs of All-Time, and I’ll just add, one of the most amazing songs ever.

Anyway, your opportunity is that as vinyl goes, there have been some recently released re-masters that are available. First a little company called 4 Men with Beards was given permission to re-release #1 Record on 180 gram black vinyl. I haven’t found an exact number printed, but it must be at least sizable enough to fill demand.

The second release is a little more exclusive, Newbury Comics with permission of Big Star’s record label Ardent have released 1000 copies of #1 Record on translucent gold vinyl. Trust me when I say, it is awesome! 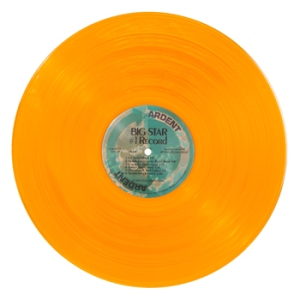 In fact, that is kind of my point; #1 Record is one of the greatest albums one can have in their collection. If I printed my version of the top 10 records of all time it would be among them. More importantly, if I was to take off my critic hat and just list my favourite 10 records, again it would sit amongst the top. In fact, it just might be a contender for number one.

Another week and another playlist. Hope you enjoy! https://open.spotify.com/user/12178865004/playlist/6JqhrQW7eP0LJ4CLuEx0vX

Legendary punk bands best known song, just because I was playing Guitar Hero the other day and it reminded me how frickin’ cool they are. I’ll be starting to write about some past Record Store Day finds and Social Distortion will definitely be a part of it. (And rumour is, their first record will be coming out on vinyl for RSD)

There is so much more to Strummer than the Clash. Damn I miss him. Streetcore was re-mastered for vinyl back in 2012, and comes highly recommended from this reviewer and many others.

I love punk covers of classic songs. Either you love the Damned or you never got into punk at any point in your life.

Singer / Songwriter almost no one has heard of, yet captures my attention with some great songs… and of course, I love this cover – so there! Actually comes from an album full of covers.

Something about the Smithereens and their brand of 80’s power-pop catches me every time I listen. They are just so damned easy to sing along with.

Then you take that power-pop thing into the 2000’s and give it to a guy who loves the studio and with a bit of blending you end up with Bleu. Sure it’s another rock song about staying strong in the face of adversity, but we can all use one of those from time to time.

Shift back down a gear and we end up with cult fixtures the Rubinoos who are famous for providing the theme for Revenge of the Nerds and taking Avril Lavigne to court for plagiarism.

Awesome cover of Big Star, who are the originators of the power-pop genre, the Bangles are just a lot of fun to hear at any time.

Was gifted to me when I was doing all that “driving.” Was a great companion during hard times. Sometimes a few songs can make all the difference.

Another of those ‘musicians musician,’ Beth Hart is well known amongst her peers, but hasn’t found a door big enough to get her past the small venue life. Weird, because every time I hear her I wonder why she isn’t bigger than many stadium playing bands.

One of my favorite tracks off Gold (which I kinda talked about a week or so ago), this is one of those songs that just gets covered a lot. The Coors w/Bono did a pretty good cover… although I’ll still take the original.

Or should I say “Rocket Man (I Think It’s Going To Be A Long, Long Time).” I couldn’t resist putting it on here right after Adams seeing as the post from last week featured them both.

Sometimes when you put on one classic 70’s track, you feel like hearing another. What I always loved about these guys is that they never seemed to fit into a genre proper. They weren’t metal, or prog, or … they were just a band that put out some songs I really liked.

I’ve always loved this song, but also found it strange that Cary would collaborate with a vocalist who sounds so similar to what she already had in Whiskeytown. I hear this and I pretty much picture Ryan Adams singing it.

This was really my introduction to Camper, who I discovered after Cracker (go figure). Right away I just fell for the quirky characters found in Camper songs and have remained a fan ever since. I was lucky enough to see them together a month back.

I don’t know why I consider these guys a guilty pleasure, but I’m a fan. For some very odd reason, every time I hear this song I picture Kermit the Frog singing it. Really, I just think the green muppet himself would do an awesome version.

I was rather bummed when the Libertines called it a day after only two records… I was cheered up when I heard “Deadwood” blast out my speakers. Good to hear that the Libertines have gotten back together, but I’m not holding my breath over the quality of work that will come out of it. Guess we’ll have to wait and see.

Something about this song just frickin’ caught me and has never let me go. It was just the kind of song that gets you to buy the record and then the whole back catalogue.

Just because I have been spending a bit of time listening to them recently, I think I’m just about over this phase.

Just like on that Sesame Street bit, my kids and I would spread are arms out, sing and pretend to fly.