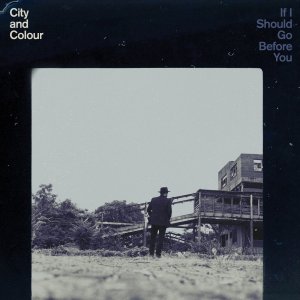 Dallas Green may have started City and Colour as a means to introduce his ‘rootsy’ brand of song craft, but those days are now more of an ‘origin story’ than the reality of where he is. Much like Wilco, who turned from alt-country to sonic experimenters, Green took his acoustic-based leanings and is now creating expansive tunes that, at times, owe more to blues, soul and even psychedelia than the modern ‘folk rock’ he was labeled with on earlier City and Colour records.

Signs of this transformation began on the last album The Hurry And The Harm, with a more conventional, harder edge brought in with the addition of electric guitars and organs. If I Should Go Before You not only expands on this addition, but takes on some new influences.

Opening the record is a nine minute blues epic “Woman” which mixes Muddy Waters with Pink Floyd and throws in a 60’s San Francisco twist. The result is a ‘listen with headphones’ dreamscape that shows his bands’ ability to improvise around their material. “Northern Blues” has subtle R&B underpinnings keeping a sonic improvisation steady as Green’s falsetto soars above.

Musically, this ‘Memphis soul base’ is played out on what would seem to be perfect for the two sides of a vinyl record. “If I Should Go Before You”, “Killing Time”, and the frickin’ amazing single “Wasted Love” finish off the R&B influenced ‘Side A.’ Even the sudden stop of “Wasted Love” on the songs’ conclusion gives definition to a change in direction. In a manner of speaking, it is the point when you flip the record.

‘Side B’ takes on tones that have their foundation in roots-rock, starting with “Runaway”, a song that recalls Blue Rodeo’s “Hasn’t Hit Me Yet” with its majestic pedal steel guitar. From there, you move onto “Lover Come Back” with its blend of piano and organ which creates an atmosphere reminiscent of The Band.

The most appealing thing about If I Should Go Before You is that all the influences are merely reference points. Like most great, or even classic records, the listener finds a connection that resonates with a familiar sound, and then the music branches off into new and exciting places.

If I Should Go Before You isn’t just another City and Colour record… it’s a transformative work; the album when all potential and expectations are realized and then exceeded.

If I Should Go Before You hits stores on Oct 9. 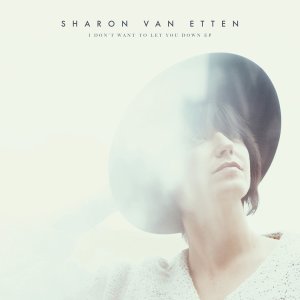 What is it about heartbreak that drives one to explore the depths of grief rather than run away fast? Then, as a listener, what makes us want to grapple with someone else’s despair instead of looking for a happy song? Things are intensely personal on I Don’t Want To Let You Down in a way that is both captivating and raw with open wounds. Not content to place blame, Van Etten explores relationships with empathy from both sides of the figurative divide. On the title track, Van Etten sings “When dreams grew black / I didn’t want to see the light”; her voice both pleading and determined to hold together the shards of a relationship that has already failed. Observations don’t contradict one another as much as crash and lay emotions strewn upon the road with pieces not even large enough to gather up. As the EP continues it becomes quickly apparent that the end of a love affair is the uniting theme. “Just Like Blood” explores lost communication, “I Always Fall Apart” looks at the need for a confidant, and “Pay My Debts” views the destruction caused by distance. Each song has a different perspective but conclusions are similar in their longing for circumstances to be somehow different than what they have become. I Don’t Want To Let You Down may not be happy, but sometimes it’s good to have a soundtrack for tears. After all, heartbreak is universal and it’s great to have a haunting voice remind us we are not alone. I Don’t Want To Let You Down is out on June 9th.

With metaphors of mountains and wolves threatening to turn Beneath The Skin into a lost scene from The Lord Of The Rings, a sudden heartfelt turn takes place that puts it all in context. This isn’t a record about pomposity; it’s an album about finding life affirmation.  It takes time to get past the catchy single “Crystals” and its images of gold, silver and crystal eyes to find the depth and heart in Beneath The Skin.

“Organs” sees vocalist Nanna Bryndis Hilmarsdottir lamenting “I am tired of punching in the wind / I am tired of letting it all in” as she bears witness to the changing nature of self as a relationship falls apart. That confusion continues in “We Sink” as Himarsdottir finds no solace; “It’s warm, the skin I’m living in / It creates and shapes what is within / So please look away, don’t look at me / As we sink into the open sea.” It’s her realization that sometimes things just don’t get better which makes the song that much more poignant.

Behind the words are an atmospheric blend of alt-rock guitar crunch, acoustic soul and keyboard flourishes that build drama around the lyrical images. It is a folk-rock sound that is reminiscent of Mumford and Sons and City and Color to name just a couple, but those similarities do nothing to interfere with the albums’ emotional resonance.

That said, Beneath The Skin provides a lasting and hopeful end as “Winter Sound” concludes “You and I will not be shaken by the winter sound.” Desolate perhaps, but Of Monsters And Men prove that beauty can be found in desolation. 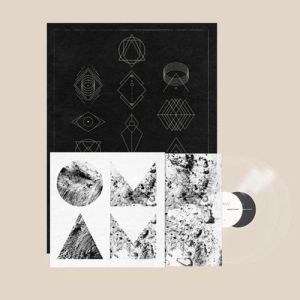 Out on June 9th, Beneath The Skin comes out on all the usual formats and has some pretty cool special options on their website. Check it out.

There was a point in the early 2000’s that looked like Josh Rouse would become more of a household name. He had released three albums in a row that showed the promise of a great songwriter who was gaining a larger audience and critical praise with each subsequent record. Under Cold Blue Stars, 1972 and Nashville had built a foundation for a promising and what looked like a long career. Then… well, it’s difficult to say. His Brill Building observational song writing just seemed to start blending and newer material started to quickly find a home in the CD collection marked “I’ll listen later.” You know, the albums that eventually find their way into the used bins at the local record store. As a fan, I just couldn’t follow him in his newer direction and I stopped paying attention.

So, a month ago Rouse releases The Embers Of Time and it wasn’t until this week that I finally decided to give it a spin.

Everything that made me listen before is back plus other influences popping out that I hadn’t seen before. This time, not only has his brand of folksy Americana brought in reminiscences of Carol King and James Taylor, but now you get Paul Simon and Stray Gator era Neil Young added to the mix. Simple observations of a trip to the bar or losing sleep become a musical conversation about how things are going with an old friend. It gets to the point where you pour two glasses of wine, one for yourself and another for the voice coming from your stereo. Sometimes reconnecting leaves you wondering why you ever parted ways in the first place.

The Embers of Time can be found on all the usual music formats including vinyl.

Some albums just seem timeless by their very nature, and such is the case with Elliott Smith and his eponymous record. What made Smith unique was his ability to be a singer/songwriter playing music in a way reminiscent of Nick Drake but with a sensibility that came from his own life and the darker era of the 1990’s. Call it grunge without a Fender Jaguar to scream emotions in your face. Instead he used light strumming on an acoustic guitar mixed with a thin voice that always seemed like it was on the cusp of breaking. He was heartbreaking and mesmerizing in the same breath. He was better off without the bombast of the era as is proven in his earlier band Heatmiser, which often times seemed like just another band trying to be the ‘flavour of the month,’ because, as hindsight has shown us, he was so much more.

So last night I’m sitting down at the computer to do some writing and I throw Elliott Smith onto Spotify… and I stop before “Needle In the Hay” is even half way finished. I shut down the computer and put the vinyl version on… everything opens up. Streaming just doesn’t capture the depth of low notes and emotional resonance; which is important with Smith or you miss out on the actual desolation being presented in the most beautiful of ways. 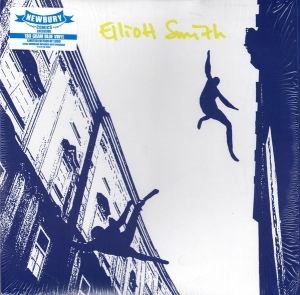 My advice, get a physical copy on CD or preferably vinyl, and let the music take you somewhere. The thing is you have quite a few choices. Since its original release in 1995 Kill Rock Stars in the US and Domino in the UK have released nine separate versions of this record. Early copies were on standard vinyl, but starting in starting in 2005 it has been released more in audiophile vinyl with two pressings in 180 Gram.

The first is standard black and is widely available at your local record retailers, while the second is a limited (1000) blue vinyl edition that can be ordered from Newbury Comics.

There is also an orange copy floating around out there but I couldn’t find a vinyl weight or release date for it.

Anyway, get a copy, listen, enjoy!