So, I’m driving in the car the other day when an episode of Alan Cross’ Adventures in Vinyl pops on the radio featuring Elastica. (http://www.edge.ca/2014/12/11/adventures-in-vinyl-elastica-line-up-1995/) I think cool, I enjoy listening to Cross and I love this little piece of 90’s nostalgia with a band I quite enjoy. Towards the end of the episode he mentions that Elastica ‘may’ be releasing a heavyweight vinyl edition of their debut for Record Store Day 2015. News of this was pretty damn perky to my ears, so I was excited to hear about it. The very next day, I’m in my local record store looking through the bins for a re-issue that I had yet to get my hands on, when “BANG” there is the Elastica debut. I immediately flip it to check the record company and date, and it is marked 2014 Kanine Records. Beyond that, it doesn’t say much. So, I buy it… with some trepidation as I don’t want to be shelling cash out again in April for the same thing I am now. I mean the heavyweight vinyl with booklet or extensive liner notes sounds awesome, but it also makes this piece of wax a little redundant. 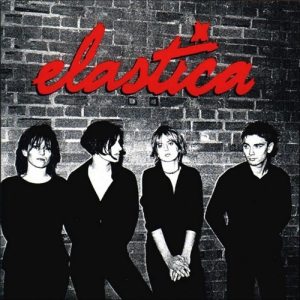 http://kaninerecords.com/product/elastica-elastica/ At home I open it to discover this very cool translucent red vinyl that would have been perfect for… you guessed it, Record Store Day. So, as the turntable spins and the first notes of “Connection” start sending vibrations through the floor, my youngest (6) starts doing his interpretive dance and I begin to google. 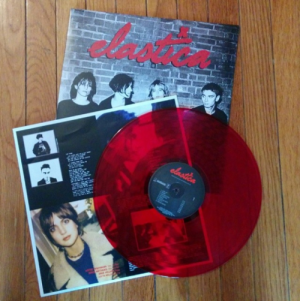 From what I could piece together, Kanine Records was supposed to have issued the Elastica eponymous album for Record Store Day 2014 (April), but it was delayed. Instead this edition was released a month later in May of 2014. It is a pretty slick looking record that sounds great, but… What about 2015? The Kanine web site has no mention of their 2015 releases for Record Store Day (but it is still early), and a quick note to Alan Cross via ‘102.1 the Edge’ (I’m sure he is very busy) hasn’t resulted in any answers. So, is this it for the Elastica debut, or is some better edition coming down the pipe in April? Seeing as Kanine has this version as ‘sold out’ it might make for a decent second run… Guess we’ll have to wait and see.