When I was a child sitting cross legged on the floor watching Saturday morning cartoons mere inches from the TV screen, I was obsessed with fun songs. The show didn’t seem to matter as much as the cool theme in front of it. The sounds of Speed Racer, the Banana Splits, Josie & the Pussy Cats, Scoobie Doo… even Hong Kong Phooey were running through my head as I raced up and down the street on my banana seat bicycle. Certain songs would just grab me by the cranium and shake themselves into my consciousness. Obviously, it wasn’t about some deep emotional connection; there was just a gut instinct that made me want to jump, shake, run, ride, and sing even if I had no talent at such things. They just put a smile on my face.

Fast forward a few decades and some bands continue to pull that out of me. Dressy Bessy is one of those groups. They just allow me to spend a bit of time in a ‘happy place’, and their new album King Sized is another notch in a good time measure stick.

First you have Tammy Ealom, whose vocals could be compared to the more fun version of the Breeders Kim Deal. Then you get John Hill whose rhythm guitar jangle from Apples In Stereo takes the lead with Dressy Bessy. What you get is joyous mix of power-pop, indie and 70’s – 80’s pub rock, all tossed into a blender and arriving in your speakers as the ultimate rock ‘n’ roll smoothie.

Lead single “Lady Liberty” suggests that life is just too damn short to live with negativity as Ealom sings “there’s no room for angry people / trying hard to get along / there’s nothing if not taking role, folding cards / if only Lady Liberty could say it all / I’ll bet she would.” Sure, there is a message, but it’s subtle and comes out in rainbow coloured bursts. Even empowerment tune “Get Along, Diamond Ring” with Ealom’s protagonist exclaiming “don’t give, give me, give me no diamond ring – ‘cause I don’t want it” isn’t angry as much as a simple statement given with rolled eyes and raised brow; a boundary not to be crossed.

Fact is, while Dressy Bessy is celebrating their 20th anniversary this year, they’ve been on my bucket list for most of those. Between their music and videos I get the impression it would be an awesome experience.

Unfortunately, a decent fan base south of the border hasn’t translated into any visits north. Hopefully King Sized will afford them the opportunity to play NXNE festival in June, or even better, a solo spot at one of T.O.’s (Toronto) smaller venues…, because… well… it’s one show I would want to be near the stage for.

So only one month removed from writing a post on the Breeders biggest selling record, I’m writing a second post on the classic Last Splash. Last night I saw a Facebook post from Runt Records who are also the people behind 4 Men With Beards and Plain Recordings. They are putting out Last Splash on red translucent vinyl. You can pre-order the record now or wait until the September 18th release date… if they have any left by then.

It’s amusing that the greatest criticism handed Kim Deal and The Breeders is that Last Splash wasn’t something slightly bigger than it was. It wasn’t Pixies enough; it wasn’t grunge enough; it wasn’t polished enough; it wasn’t poppy enough, or it didn’t have the right producer. Yet the album went on to sell more than a million copies and was an alt-rock staple of 1993 and ’94. The single “Cannonball” was so damn infectious just the thought of the opening can get your head nodding and body moving in that familiar 90’s pogo.

For all the complaints, Last Splash remains an eclectic journey that has moments of pure pop joy (“Cannonball”), acoustic head turners (Drivin’ On 9”) and outright experimentation (“Do You Love Me Now”). Twenty-two years since its release and it still finds its way onto my stereo when I need a musical boost.

So , what about vinyl?

Well, by 1993 vinyl was just about taking its final bow and some records on smaller labels weren’t printing wax releases at all. The Breeders’ Last Splash fell into a weird spot. Here was a Chicago based band that North American fans had to import if they wanted the record on vinyl. The wax edition was only available to shoppers in Brazil, Spain and the UK. From that original release, only one country, the UK, was offered a bonus 7” to go with the vinyl. Not surprisingly, the reseller market for the initial release is all based out of the UK and people are asking for anywhere between $75 and $200. If you are looking for a newer  option, there are only two. In 2009, Plain Recording released a 180 gram edition with no frills. It is still available if you look in the right places and can usually be had for around $30. The next version is a lot more complicated. In 2013, The Breeders released a special 20th anniversary edition of Last Splash that was a full blown vinyl box set containing three 12” records and four 10” records. The first 12” was the re-mastered Last Splash with the other two containing a live show (called Stockholm Syndrome) and demos and rarities. The ten inches are re-masters of the bands EP’s – Safari, Cannonball, Divine Hammer and Head to Toe. 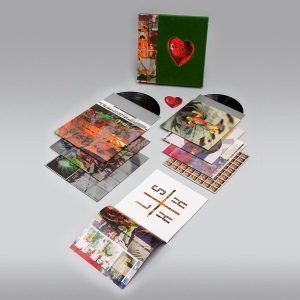 Considering just how much is in the box a price tag that can range from $110 to $140 new isn’t surprising. However the reseller market has gone tragically insane at times with one e-bay vendor asking over $300. You can still find new copies if you do a bit of searching and used copies go for under $100 on discogs. 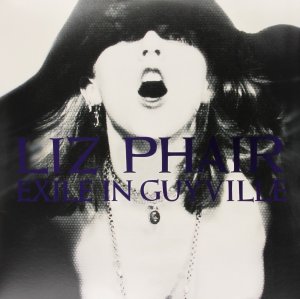 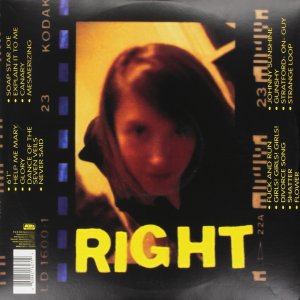