I suppose I could have added up the kilometres, but that information wasn’t relevant.

Doesn’t have a goddamn thing to do with how far you have travelled.

Locked in thoughts of where you were and where you’re going without the benefit of perspective. Each moment passing without the ability to reflect on it, because time passes and you can’t grasp it. Words linger without being able to wrestle them to the ground and beat them for information.

Instead there is only me, the kilometres and the music I’ve chosen to spend my time with.

Driving back and forth through snowstorms, Mark Linkous sings “When you raise your head from your pillow don’t delay / Because people decay / Will you let the rays of the sun help you along / I woke up and all my yesterdays were gone.” I might have a tear. It depends on which day; which snowstorm; they kinda blend together like the snow as it settles on the ground. 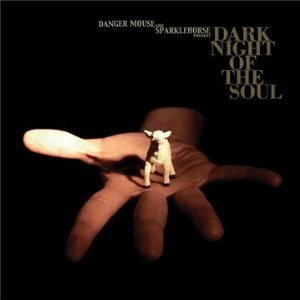 December 24, 2009 is the last Christmas I have with my parents. It isn’t pleasant. Sick people don’t make for good company… and by this time we’re all sick. They have cancer – I have depression. Everyone else is just sick with worry. None of us know yet.

Dark Night of the Soul is playing in the car on the ride home – another snow storm. Vic Chesnutt is singing “What went on in my horrible dream / I was peering in through the picture window / It was a heart-warming tableau / Like a Norman Rockwell painting / Until I zoomed in / I was making noises in my sleep / But you wouldn’t believe me when I told ya / That I wasn’t with someone in my dream / Catfish were wriggling in blood and gore in the kitchen sink / Yeah, I told ya / I told ya / I told you / Now sweetie, promise me / That you won’t sing /This sad song, grim augury.”

On boxing day, as I drive alone towards my parents house I hear of Chesnutt’s death. He took a bunch of muscle relaxants on Christmas Day and never came back. Some tears hit me and I’m not sure if they are for me or him. He was such an awesome songwriter.

New Year’s eve, my parents are both being taken from their home by ambulance. My mom needs surgery, my father can’t take care of himself and I can’t be with both at the same time. Separate rooms in palliative care two hours away from me. Peterborough – nice city, full of shitty memories. I’ve grown to hate Highway 115/35.

Frank Black is screaming “I’m pluckin’ all day on my angel’s harp / Shoutin’ at the rising moon / Knowin’ that I will soon stay” and I’m driving in another snowstorm… following an ambulance from Peterborough to Toronto. Cars are sliding around, but I take my time, life has handed me enough drama, it doesn’t need me to create more by being an idiot.

After the surgery my mom is in and out of consciousness, sometimes doing well and sometimes not; talking to doctors about my parents is like watching a yo-yo go up and down without any tricks.

Iggy Pop sings “A massive headache in my aging skull / Means I do not feel well / Pain, pain, pain / Bad brains must always feel pain.” Maybe, but I’ve got a steady diet of pain killers and muscle relaxants to keep that shit at bay. There are too many places to be and I‘m never in the right place.

She died. My mom. I don’t know what I was listening to when I found out. I was five minutes from the hospital in another fuckin’ snowstorm. And after, I was alone in the parking lot, distraught, destroyed, and I don’t remember what I was hearing or seeing.

February turned to March, and there was more snow and more trips and the doctors and nurses knew me by name and the Black Keys, Patsy Cline and Johnny Cash had joined the soundtrack of my trip along with Dark Night of the Soul. Two days before my father died Mark Linkous (Sparklehorse) shot himself.

Like Chesnutt, Linkous music had meant a lot to me. It had seen me through some good and bad times… and there should have been more. Both had put out an amazing repertoire of tunes and suddenly – like my parents, they were gone.

When the hell everything turned to shit I don’t know, but when my mourning turned into a full out depression, I got help. That was four years ago.

“Daddy’s Gone” spins on the turntable. A tear drops. Not for my parents… it’s for my kids. Cancer doesn’t just rob the sick of life; it steals time from the living; it steals focus away from happiness and places it squarely in survival mode. Caregivers and their families endure but those too young to understand see smiles slip away when heads turn from their eyes to look upon the photos on the wall. Funny, was I just describing cancer or depression?

Every few months I listen to this record and it takes me to places to important to forget. The emotional resonance just pulls me in and washes over me. Then, for a short time, I mourn again, and then I move on.