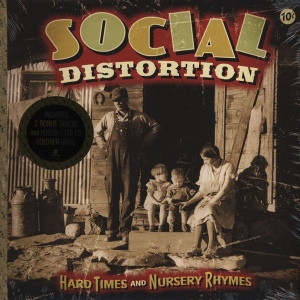 Occasionally, as you walk through your local record store, and you try to put together a coherent thought, you just see it, a record you wanted badly, but never thought you would get, just sitting waiting to live a new life on your turntable. That is how I found a copy of the 2012 Record Store Day edition of Hard Times & Nursery Rhymes by Social Distortion.

Since its release in 2011, Hard Times and Nursery Rhymes have had four different editions put out all in limited quantities. The pre-orders from their web site were yellow and limited to 1000. The next 2500 to hit store shelves were red, and the last 5000 were black.

The following April, Social Distortion released 2000 RSD editions in green and included with it a “machine gun blues” poster. The great thing is that besides being an awesome record, it still seems to be readily available at decent prices. Discogs have it listed at $37.75, but I picked mine up for less than thirty a few weeks back. 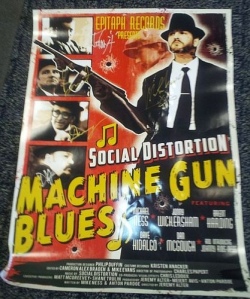 I doubt highly that this will be the case after this Record Store Day 2015 when their eponymous record is reissued. This is the classic 1990 record (that actually hit the Billboard 200) that contains the stellar “Story Of My Life.” While it was recently (2012) reissued on 180 gram vinyl by Music on Vinyl over in Europe, it is only available here as an import. That is until Record Store Day, when 1500 split colour blue and white copies hit the shelves. 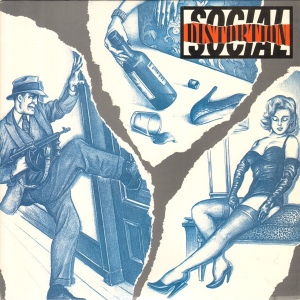 It is definitely on my wish list and circled in red for high bloody priority find. I will be a disappointed record collector next Saturday if I don’t find it.

One thought on “Dreams of RSD past (FOUND!) and future: Social Distortion – Hard Times & Nursery Rhymes and eponymous”