With all The White Stripes catalogue being released through Third Man Records you would have thought that Get Behind Me Satan would have been in the mix… but noooooooo, sometimes rare stays rare. This explains a good amount about why Jack White went through great lengths to put out a cool vinyl product for Record Store Day. It also explains the hefty price tag if you were lucky enough to get your hands on it. Near $50.00 is expensive even for 180 gram coloured vinyl.

Thing is, the alternative is way more expensive due to the exclusive nature of its original pressings.

Only 600 were made and split for distribution between V2 and XL recordings in North America and Europe. These vinyl editions were given to music journalists for review. The original North American V2 record sells for over $630.00 on discogs and I found a copy on e-bay that someone had priced at over $1200.00. 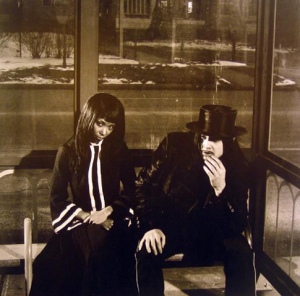 Then a German company tried to make a convincing bootleg edition to pass off as the those 600 originals by printing 600 numbered fakes in red coloured vinyl and another 600 in white. Funny thing is, even the counterfeit vinyl sells for over $200.00 a piece.

So now you have your Record Store Day copy Get Behind Me Satan and already the least expensive asking price is just under $100.00.

You couldn’t get out for RSD 2015 and you really want a copy, well…

Third Man Records is putting out a regular black vinyl edition later this year. You don’t need to mortgage your house or sell your car to own this record, you just need a little patience. It won’t be ‘rare’ much longer.