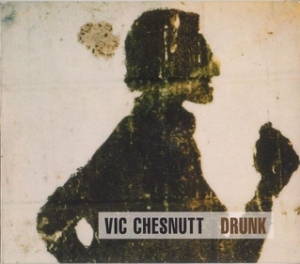 Fucked up beyond all recognition, I pace the floor wildly with pen in hand, scribbling indecipherable notes for a movie script I’m writing. Thirteen types of prescription medication, ten of which are treating my “so-called depression” (depression caused by the painkillers themselves) and three for the nearly severed sciatic nerve in my back (depression caused by the painkillers themselves). My thought processes are in all places at once, perhaps I’ve reached cosmic enlightenment, or maybe I’m just screwed. Vic Chesnutt is in the background singing “Supernatural” and I’m wondering how to incorporate my own scene of waking up in a hospital bed after surgery, with my push button for morphine drip in my arm and nothing else. That is to say, completely naked because apparently I’m a “bleeder.” I catch the lyrics “Out of body experience / I flew around the hospital room once / On intravenous Demerol / It weren’t supernatual” and I’m running for the rewind. Sure I had heard the song many times before, but a baker’s dozen of different coloured medication gives you a different perspective on what you’re hearing.

Several months later I’m detoxing from the one psychiatrist’s human experimentation by being in a hospital full of head shrinks. My boom box has Chesnutt singing “I tried to learn from the psychiatrist / how to stay calm and minimize risk / I should have kept all those appointments / I’m gonna need em / I’m coming disjointed” as I simultaneously weep and draw the now abandoned script idea. 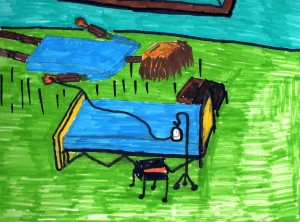 Listen now children – drugs are bad – getting off them – worse!

Still, Chesnutt keeps me grounded. Inspired. If he can get past all the shit and turn it into beautiful art; my penny ante crap should be a cinch.

A few weeks later, my wife and I are in sitting in our car at Fundy National Park having stopped for an odd little animal. This porcupine has its ass in the air threatening our Ford Contour with a face full of quills if we proceed. Vic is again providing the soundtrack. “I showed my behind so frequently / my dear old mother wouldn’t recognize me.” Sure it is entirely out of context, but my wife and I are in stitches at this little bit of coincidence.

2001 was pretty much the most challenging year I had faced in my adult life (up to that point anyway), but Vic Chesnutt and his album Drunk certainly made me feel like I wasn’t alone in my journey.

Thanks Vic, I hope you’ve found peace in whatever smoke filled dive you’re playing in the great beyond.