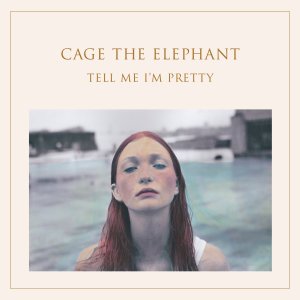 It’s an interesting time to be Cage The Elephant. They could stick to their tried and true sound that has produced a number of alt-rock staples, or venture out to try something a little different. The risk for every artist is alienating old crowds while searching for new fans and retaining that wonderful feeling of loving what you do.

For inspiration, they have looked to the other side of the Atlantic and picked up influences ranging from the Beatles (“Sweetie Little Jean”) to Super Furry Animals (“Cry Baby”) and the Arctic Monkeys (“Mess Around”). To top that, they’ve got the ear of Black Keys’ Dan Auerbach at the controls, giving them sounds that ride sonic rhythms rather than relying on straight up indie-rock guitar. The result is a weird hybrid that welds together various pieces in some metaphoric ‘found object’ art instillation that is both strange yet incredibly accessible.

The old over-the-top swagger is exchanged for one of emphasis in the right places. It used to be that vocalist Matt Shultz would put out little vocal improvisations at a rate that would put James Brown to shame, but it seems Auerbach may have reined him in, allowing whole songs to catch the imagination. “Cold, Cold, Cold” is a perfect example; it’s a tune that has psychedelic flourishes that would be undermined by such displays. Instead, the fuzzed out guitar, classic 60’s style rhythm and haunting organ are allowed to drive home the mood.

Next you get a story of abuse set to a background of early rock ‘n’ roll sounds. “Punchin’ Bag” at its surface is a tale of someone who has ‘had enough’, but its musical tone conjures images created by the Sonics’ 1965 song “Strychnine” and its aggressive sinister sound.

Tell Me I’m Pretty is not content to be ‘just another’ alt-rock record to be quickly digested and tossed aside in a few months when the next ‘flavour’ arrives on shelves. It seeks to be a record that you keep coming back to; new sounds emerging on every subsequent listen; the kind of album that lives on in your consciousness and becomes a favourite.