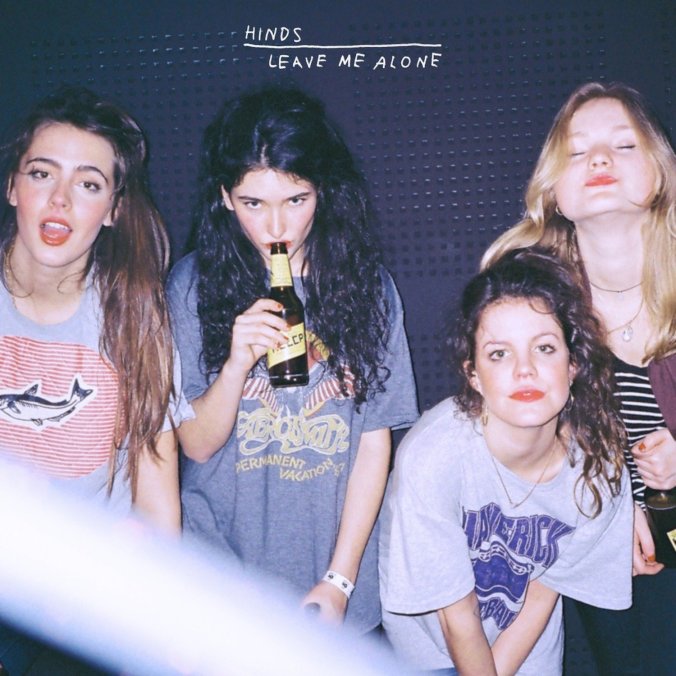 It doesn’t hurt to have hi profile friends (Black Keys, Libertines, the Strokes, Black Lips) and to be opening for some very popular bands. Then to get major label distribution (Sony) so that your music gets promoted and is easily available once the word is out is even better. However, the only thing that will really result in lasting appeal are a great bunch of songs. You either write them, have them written for you, or have things crafted so densely under production that singing the dictionary sounds like a hit ready for the mini-pops to cover. The later is usually what you see when youth get major label money and the results are generally fan bases popular amongst the pre-teen kids waiting for the next single by Selena Gomez or Cody Simpson.

It isn’t often that you see the exact opposite play out, but ‘holy crap’ it has and the effort has produced an outstanding record. Riding out of a sunrise with a sound that crosses the lo-fi glory of Sebadoh with the energy of the 5.6.7.8’s and the dreamscape of Best Coast, Hinds have created an LP that can relate as much to early rock ‘n’ roll as it does to modern alternative/indie sounds. All that and they’re still on an indie (with major distribution).

What is most appealing with Leave Me Alone are the moments that have the dual vocals of Carlotta Cosials and Ana Garcia Perrote playing off one another in a playful case of a mutual admiration society. The album opens with “Garden” which has them teaming up with vocals that are not the usual ‘call and answer’ or traded lines found in duets as much as a ‘sing-a-long’ jam with friends just having a great time. Live you often see bands have these moments but capturing it in a studio environment is rare. Which makes it all the more remarkable that they pull it off on a full albums worth of material.

Hinds do have a few tunes that capture the whole ‘dark and brooding’ thing, but their overall enthusiasm seems to jangle right past despair with a good nod and a wink. Thing is, it’s really hard to be in a negative mood listening to Hines… like a good friend they show up when you’re down and say nothing more than “get off your ass and let me buy you a drink” and everything feels better.

Great rock ‘n’ roll records don’t have to be complicated affairs. They don’t need to have producers with a track record, a billion dollar studio, or a video directed by a Hollywood ‘A list-er’. Leave Me Alone is a reminder that great music can come from kids with nothing more than the standard guitar, bass and drum mixed with a few crappy amps and a willingness to let the songs speak for themselves. In fact, I’m willing to bet that a few kids will hear this record and start bands of their own, and that would be about the highest compliment any band can get.