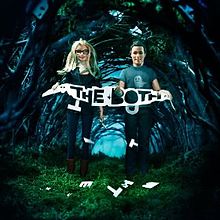 Back in the day and over time I’ve picked bands that have gone on to massive success and then others I’ve scratched my head at and wondered why they haven’t found “rock star status”.  Sometimes I’m just at a loss. Why aren’t people hearing what I hear?

This has always seemed the case for Aimee Mann and Ted Leo who I have been fans of for a number of years now. Mann has put out a consistent string of records that are perhaps too smart to be considered pop, and to soft to be considered rock, but have always stood out as great pieces of perfection. If you go back to her Oscar nominated work on the Magnolia soundtrack, she inspires emotions through song that come off as these awesome award winning short stories. She can twist a phrase to play irony, despair, or revenge in quick order… in fact, she can do that often in one line. She is just that damn good.

Ted Leo for his part is a former punk purveyor who turned his politicized lyrics toward a more power-pop sound. As a bonus, he is just as comfortable singing politics as he is singing 80’s pop hits while blasting it all from a nicely distorted electric guitar. Even his melancholy stuff can be emphasized with waves of amplified sound.

There was literally a point in the early 2000’s that I was listening to both of them in heavy rotation on the carousel of my CD player. So imagine my surprise when the two played a show together a couple years back – then to my absolute delight when I heard they were recording together.

Later, of course, came the worry. How would they sound together? Would this be chocolate and peanut-butter or chocolate and potatoes… I mean, I like both, but that doesn’t sound like a good combo at all. (see Minor Alps for a combo that didn’t work last year.)

Would Aimee surpress a bit of that Jon Brion sound in favor of Leo’s guitar, or would Leo turn down the volume enough for Mann sense of tongue-in-cheek wit to shine?

Well damn folks, it was like Belgian chocolate covering June picked strawberries. The best of both artists brought together. The songs are instantly catchy, driven by melodies, harmonies and powerful guitar. Leo has shortened his solos to emphasize emotion rather than guitar prowess. Mann has stepped back to let Leo’s political ramblings filter in without drawing attention away from the overall sound of the record. What we have is the best elements from their solo careers shining in. Mann is edgier and Leo is more ‘poppy.’

The result is that this record is perfection.

Then you have the vinyl in blue and an inner sleeve with animated cardboard cut outs of both artists with instruments and a change of clothing (AND YES, a download card). The record is fun and best of all, my kids sing along with it as it plays in the car, at the cottage, at home, at friends, at families, at…etc.