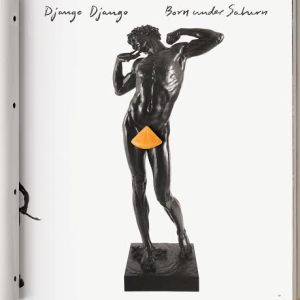 I’ve never really found a soft spot for electronica, and I’ve never worshipped at the altar of Kraftwerk. I say this because it seems that when you have bias against the master, you’re just not going to like the apprentice; except, like in life, things aren’t always that straight forward. Where you might hear Kraftwerk I hear Depeche Mode; where you might identify with echoes of Primal Scream I hear whispers of pre ‘wall of sound’ rock ‘n’ pop and when you say Animal Collective I mention Pink Floyd.

All this means is that influences as descriptors gets old fast and the music has to stand on its own merits. Certainly their Mercury nominated self titled debut managed that in spades, but can they continue to do so?

Opening track “Giant” is a slow burner that rides waves of psychedelia to create an atmospheric mood pool. The second song “Shake and Tremble” starts with a “Peter Gunn Theme” like riff before breaking into a minimalistic early rock style you might think was Phil Spector producing a lo-fi record.

Each song has these elements that contain little nuggets of influence and sound that seem to drift up and down as if they were a bubble in a light breeze. A funky base leads to a carousel, or a synth line turns all 60’s go-go dance.

Born Under Saturn is like taking a drive (as a passenger) in a convertible with a blindfold on; you don’t know where the hell your going but the journey sure feels incredible.

The other cool thing about this release is the work that Django Django has done to impress their fans. While you can get Born Under Saturn in multiple formats you need to check out the bands vinyl option with Rough Trade, it is absolutely gorgeous. 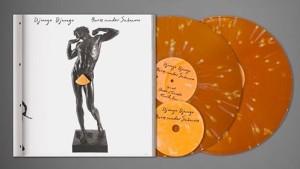