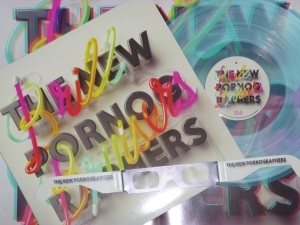 Whenever possible I usually try to direct people to a bands website or their label to purchase their record. The reasons for this are pretty simple. One – the actual band gets money flowing directly to them, or at least to the people who work with them. Two – the coolest deals are to be found in these places.

This is the case with Last Gang Records.

The label started as a way to get the music of Metric out to the public and from that point on they’ve grown to support a virtual ton of great acts that include: Metric, Death From Above 1979, K-OS, The New Pornographers, Billy Talent, A.C. Newman, Lindi Ortega and many many more.

As a hunter for cool vinyl to go with the music I love, they usually offer outstanding wax for music fans.

On a post from a few months back, I mentioned The New Pornographers most recent release Brill Bruisers. Last Gang produced four vinyl versions of 175 copies each in different colours. They also included a 3D poster of the neon light cover and 3D glasses to make the thing leap off the page. It was very cool. 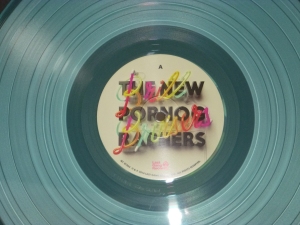 Then yesterday I’m checking out different web stores and BANG!

There it is, the lost Metric record on vinyl for the first time. Grow Up and Blow Away was recorded from 1999 to 2001 but due to record company bungles  (not Last Gang – they didn’t even exist at the time) it never saw an official release until 2007. It took seven more years for this beautiful piece of wax to get produced. It is on blue marble translucent vinyl and once again, compared to the download, the vinyl sounds way better.

Check out the Last Gang line up here, and if you like, you might just want to get on their mailing list. AND (I almost forgot) If you live in the Greater Toronto Area you can opt to pick your purchase up and save on the delivery charge. Just make sure you make a quick decision as these offers do sell out pretty quick.