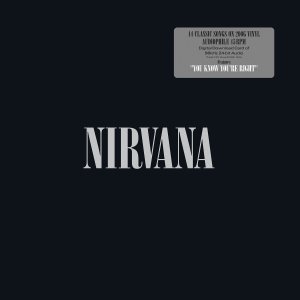 Just adding to the crazy amount of Nirvana related news that has popped up in the last few weeks (you know… Montage Of Heck, Soaked In Bleach, ex-police chief asking for murder investigation – just to be sure it wasn’t) Universal is reissuing their eponymous greatest hits package. In addition to a blu-ray edition, there will also be two vinyl versions. The first will be a standard 33 rpm, while the second will be a double album on 200 gram vinyl playing at 45rpm.

Sounds like a promising set… it comes out August 28th.