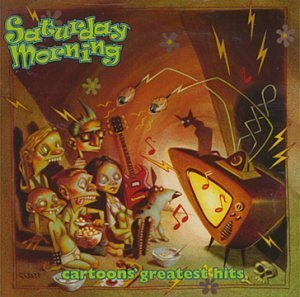 The 90’s may have a lot of detractors, but I’ll be damned if they didn’t put out a nice bundle of compilation records. Near the top of my list was a whole ton of great artists giving a giant nod to my childhood – Saturday Morning: Cartoons’ Greatest Hits. Featuring the Ramones, Liz Phair, Violent Femmes, Matthew Sweet, Juliana Hatfield and a host of others, Saturday Morning featured covers of some of cartoons finest moments.

Frente! covers the Flintstones “Open Up You Heart And Let The Sunshine In.” The duo of Juliana Hatfield and Tanya Donelly blast through “Josie and the Pussycats” and the Ramones tackle my personal favorite “Spider-Man.”

The biggest problem is that there has been no reissue since its 1995 release, meaning that it can be a bit difficult to find and, in some cases, resellers have asked outrageous amounts of money for a disc. Getting it on vinyl is that much worse. Saturday Morning was released as a two disc wax set, but it is difficult to find anywhere close to home. Discogs has two on the resale market, but they are in Japan and Australia respectively. In these cases the asking price is near $50.00 plus shipping. 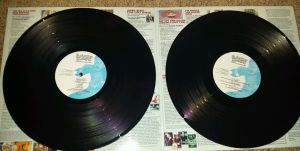 Then you get others asking over $200.00 for the cassette. 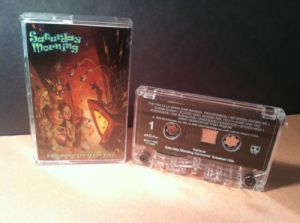 While I would love to get my hands on the vinyl, I guess my kids and I will have to dance around the house to the CD for the time being.

2 thoughts on ““Open Up You Heart And Let The Sunshine In” or Saturday Morning: Cartoons’ Greatest Hits”