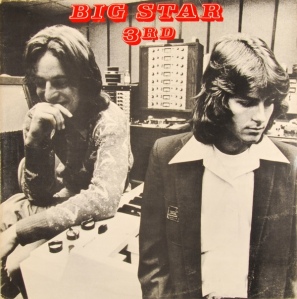 If you have the idea of starting your listening day by discovering Big Star for the first time, don’t start with Sister Lovers / Third. Both #1 Record and Radio City are power-pop masterpieces that also serve as great introductions to the “Greatest Band You’ve Never Heard.”

On the other hand, Third is the opposite side of the coin. While definitely a masterpiece in its own right, it is bi-polar in its dramatic swings between happiness and absolute despair. It drops all pretensions and attempts of being a great rock ‘n’ roll album and instead mines the depths of failed relationships in their darkest moments, and then snaps back to honest sentiment and joy. In its own way Third is like Big Star’s version of the White Album requiring a bit of context to appreciate the artistry. It isn’t just the album themes either, Alex Chilton was literally in a mood for self-sabotage.

Ardent Studio creator John Fry who had been very influential in Big Star saw his relationship with Alex Chilton breaking down and things between them had become increasingly antagonistic. It has been reported as so bad that when Fry complimented “Downs” as having “pop potential,” Chilton all but ruined it; using a basketball as a snare drum, some ill timed steel drums and turning it into a “Revolution #9” moment. Whatever Fry heard is completely submerged beneath a sonic ramble and talking as replacement for singing.

Don’t let that idea confuse you, Third may not be a collection of songs filled with anger turned into sonic hooks, like say Fleetwood Mac; instead it becomes either unwavering in its depictions of loneliness and despair or a drunken arm around your shoulder full of sloppy proclamations. It has brutal honesty as its companion which means that things can get a little dicey. One moment can be heartbreakingly beautiful and poppy (“Thank You Friends”) and another can be devastatingly cruel (“Holocaust”). Even the Christmas track “Jesus Christ” has an echoing feel that keeps Chilton separated from his sentiment.

Third isn’t an easy listen. Watching things fall apart never is. Yet, it makes for amazing artistic expression; songs that relate to you on a more personal level, and take you to places of personal tragedy. Hope and comfort are found in the idea that others have also hurt as badly as you have.

Now, as for vinyl, you have some great choices. The first is obviously hitting the resale market where you can find original pressings in great shape. For whatever reason, Big Star fans seem to have taken great pains to care for their records. However, I wish you luck finding them at a decent cost. Not surprisingly, I couldn’t find any of the original 1975 test pressings on the market. There were only around 200 printed and given out as promotional material to record executives and radio stations. The 1978 official release by PVC Records sells well over a hundred dollars, with some resellers fetching over $200. 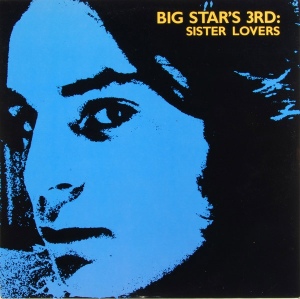 This edition is much more reasonably priced in the $40 range at Discogs.

1988 saw yet another cover change and a new record company releasing Third on white vinyl. This German edition from Line Records shows up being priced around $30 dollars but add at least that same price in additional shipping, as it is primarily European resellers offering it. 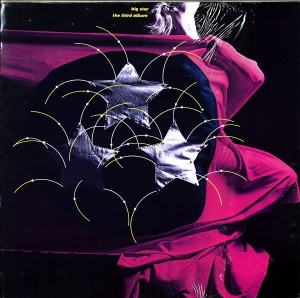 Ryko got into the Big Star game in 1992, releasing Third on CD with another cover and a few added bonus tracks. It can still be found used or new at regular prices.

In 2007 Four Men With Beards released a 180 gram vinyl edition that restored the original cover. It can still be found at around $30 at the usual places.

Then there is the last Omnivore edition released first on Record Store Day in 2011 and then later direct order. This “Test Pressing Edition” was a perfect example of how a treasured record should be treated by a record company for fans. Rather than simply putting out a new printing, they used 180 gram audiophile vinyl, had it remastered by the same people who did the original, in the same studio (Ardent) and packaged it with all kinds of memorabilia. All classic records should be treated this way when possible. Quite simply, the vinyl kills my CD copy. The people at Ardent Studios treated Third like an ancient holy scripture and restored it to something worthy of the heavens. The RSD release was limited to 2000 copies but five lucky people out there got an unexpected gift – an actual 1975 test pressing enclosed in their package signed by Big Star’s Jody Stephens and Ardent Studios head John Fry. I didn’t see any of these for sale. However the RSD edition does sell for over a $100 on the resale market.

That edition never made it to all fans, so Omnivore offered another 500 copies in 180 gram clear vinyl to those fortunate enough to see the news and order it direct. Prices for this edition are over a hundred dollars with some resellers asking well over $200.

OK, all cliché and hyperbole aside, it sounds fantastic and is a prize possession within my record collection. The only thing that I would hold in higher esteem is an actual 1975 test pressing, and I’m not expecting to run into any of those.